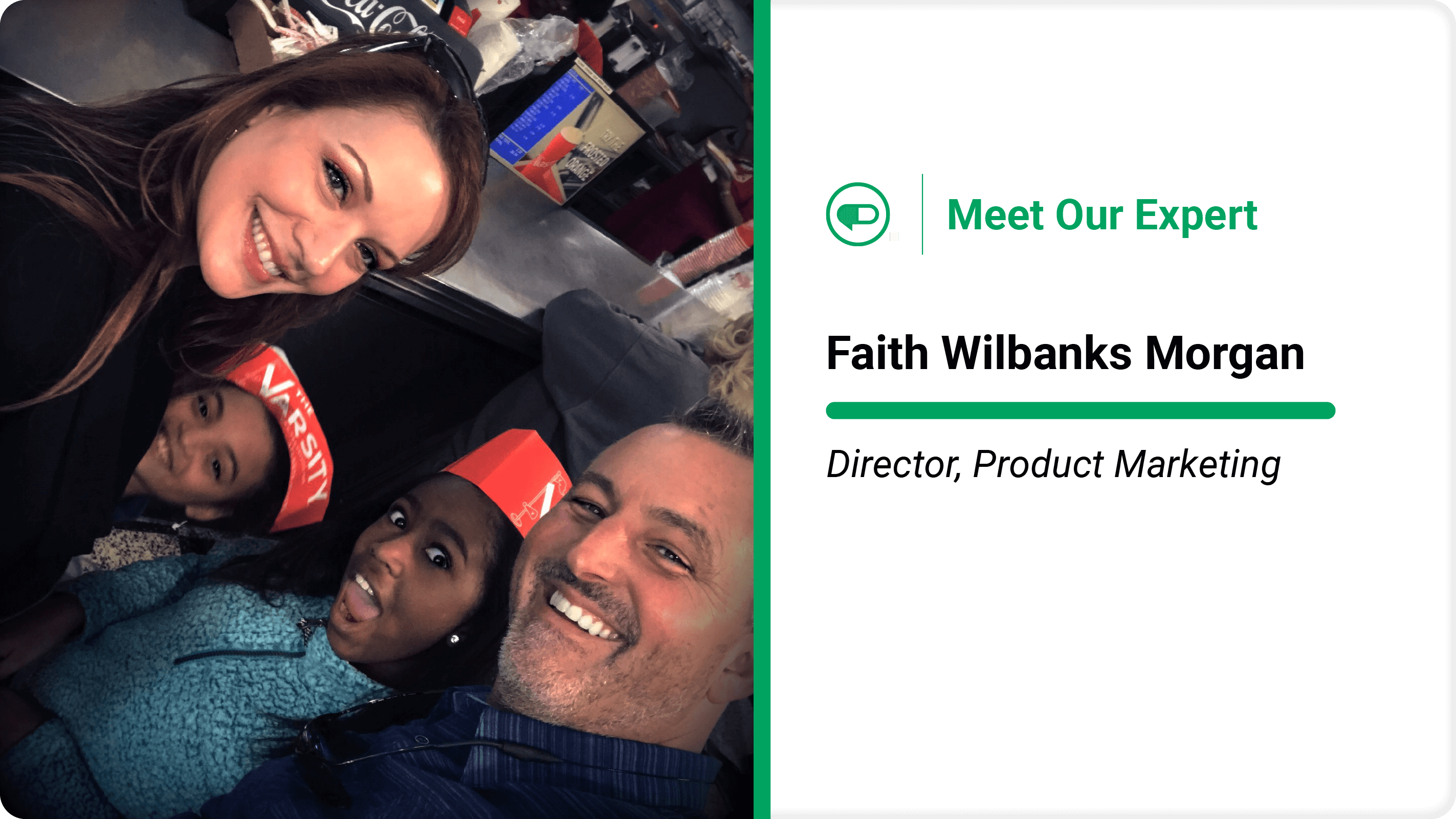 Faith’s story with RxBenefits began in 2008 when she officially joined the team after serving as a consultant for the company for two years. When Faith began her career at RxBenefits as Director of Marketing, she was the seventh employee. In her time with the company, Faith has held significant roles in leading its sales and marketing efforts. Now she focuses on new product launches and supporting internal teams in effectively communicating the company’s marketplace value.

In addition to her professional achievements, Faith has experienced several monumental changes in her personal life. As she reminisces her experiences at RxBenefits, Faith says her time with the company has been rewarding in more ways than one, particularly as she began to navigate life as a single mother.

Faith’s journey to motherhood began when she became a foster mom to her first child in 2009, and then again to her second child in 2010. They became a family of three in 2012 when Faith was formally able to adopt her two daughters. Throughout these life-changing moments, RxBenefits played a significant role in her life. “It was funny to go through old pictures and realize that so many of them were of the kids coming to the office,” says Faith. “I wouldn’t have been able to do what I did in terms of being a single mother, adopting two kids, had this not been the kind of company that cared about people.”

Faith remembers the support she received from kindhearted colleagues as she established a balance with her work and family life. She recalls their patience when she had to bring her young daughters to the office between doctor appointments and even bonding over lessons on caring for African American hair.

“It was neat because, with some companies, the attitude is that this is an inconvenience,” says Faith, “and how much more so when they were dealing with somebody who was single and deliberately choosing to go down this path. And it wasn’t going to be an easy path.”

Although the flexibility to work from home wasn’t common at the time, the company was willing to accommodate on the days when she needed to be at home with her children. “If that meant I had to stay up through the night to finish what I need to, they were willing to work with me on that,” Faith recalls, “so I’m always going to be thankful for Bryan, Cynthia, and the company for their support. It is a very unusual blessing.”

The family-oriented culture that RxBenefits has fostered throughout the company’s growth is one of its most distinguishing characteristics and one that Faith highly values. She describes her thoughts on teamwork and success with a simple analogy, “If dusting the offices helped make RxBenefits successful and meet its goal, then we dust the offices.”

Her strong work ethic and positive attitude are evident in her personal growth and her team’s success. As the marketing team has expanded, Faith’s deep industry expertise and customer knowledge have been an integral element in shaping the team’s ecosystem.

Despite the exponential growth RxBenefits has undergone since the start of her career, Faith maintains that the company’s attitude towards teamwork hasn’t changed. “The company has always been good about acknowledging where employees need to grow, and that’s important,” says Faith. “In those early days, we would say that we rise and fall together, and RxBenefits has stayed true to that approach over the years.”