As gene therapies move from theory into reality, the chance to cure diseases and relieve pain and suffering for patients previously without hope grows. For people living with hemophilia, the impact of gene therapy could be profound. Currently, a person with severe hemophilia may incur an annual drug cost exceeding $250K, and the development of inhibitors, which can prevent treatment from working, can increase that to upwards of $1M a year. Gene therapy treatments in development may combat against these yearly costs with a one-time treatment.

But new gene therapy treatments have their own high price tags, approval barriers, and the fear of the unknown to overcome. Benefit advisors preparing clients for the future need to learn more about gene therapy and hemophilia to understand the potential incoming plan impact.

Even if you’re not a pharmacy expert, you might know that our genes are responsible for the formation of proteins in our bodies. Gene therapy is a new technique that uses genes to treat or prevent disease. Researchers are testing replacing mutated genes with healthy ones, inactivating mutated genes that function improperly, or introducing genes altogether. Once inside a cell, the healthy gene can replace the defective one.

This new sector of possibility has produced promising treatment options for several diseases, but there are risks including unwanted immune system reactions, infection, and impact on the wrong cells. The research is focused on diseases that have no cures, and many of the treatments are expensive, with some costing more than $1M.

Hemophilia new treatments and how they may be paid for

Hemophilia A – a rare, chronic, inherited disease – impacts about 20K to 33K men in the U.S. People with hemophilia experience excessive bleeding, which may be fatal if it occurs in the brain. A defective gene that fails to create enough of a crucial factor in blood clotting, factor VIII, causes the disease, and patients can suffer from bleeding in the joints — causing severe disfigurement and disability.

Historically treated with an infusion of factor VIII, hemophilia now has 11 gene therapies that need FDA approval. In the case of gene therapy for hemophilia, the replacement gene allows the body to produce much more factor VIII on its own.

Roctavian is likely to be the first such drug launched in the U.S. at the beginning of 2023. In the EU, the treatment has gained conditional approval with an orphan-drug destination. It would require only one dose, with a price tag likely to approach $3M. Roctavian’s one-time cost could mitigate against a lifetime of drug costs for a hemophilia patient.

Unfortunately, gene therapy has not been proven to be an all-out cure. Sometimes, the response is incomplete or temporary; some patients still have abnormal bleeding and/or require factor infusions. Still, even a partial and/or temporary response is likely to make a meaningful difference.

How will these new techniques be covered?

Gene therapies are mostly currently covered under the medical benefit. But they could be split between pharmacy and medical, and may impact pharmacy spend by reducing the need for consistent drug treatment. Although it may be cost effective in the long run, coverage of gene therapies is problematic because under current payment models the payer that covers the treatment cost wouldn’t be likely to retain the member long enough to recoup the cost, and some payers may simply not have funding to pay such a large sum at one time.

Experts are still experimenting with coverage models that will resolve these issues. Among the approaches being considered for gene therapies are models where money is refunded if treatment is ineffective, dividing total cost into smaller payments, adding reinsurance or stop-loss insurance to reduce risk, or spreading payments out over years.

Fortunately, many measures designed over the years to mitigate member and payer pain from hemophilia treatments are as valid for gene therapy as they are for FVIII treatments. These include:

Finding the right path to relieve the financial pressure these treatments may well be the key to success for all parties involved.

Approval, check. Now, can BioMarin make a commercial success of its hemophilia A gene therapy in Europe? | Fierce Pharma 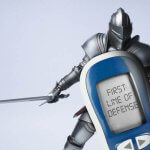 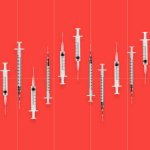