Overall, drug spend gets a bad rap, but drug advancements have also done a great deal of good. Research and development and specialty drugs have made significant improvements in patients’ quality of life. However, these advancements come at a cost, especially for smaller companies and employers. Just one unnecessary high-cost drug can put them under on delivering the best benefits for their employees.

Of course, you consider the patient’s needs, but you also must consider the plan sponsor who is paying the cost while trying to provide their members with the best possible benefits. It takes vigilance, documentation, and understanding of the individual client goals with regards to costs versus members’ access to important drugs.

It’s about making sure that all parties are taken care of, and when you do it the right way, the cost will be contained. – Bradley Nelson, PharmD

This story began with a client with a member who was prescribed Otezla®, a drug often used to treat certain types of psoriasis. While nothing was wrong with the medication, the member did not meet the subscribing criteria. Following appeals and subsequent denials, the provider prescribed a second drug, Skyrizi®. Skyrizi also treats plaque psoriasis but costs around $70,000 annually – more than double the cost of the original prescription. The plan was concerned that such a high-cost drug was being approved, and they wanted to know what the process was and why it was approved.

The client did not have RxBenefits’ Protect program in place, so the PBM, rather than our team, reviewed the claim. When this came to our attention, our Clinical Team found that the provider had checked a box asking whether the patient had tried or been on Otezla before, which they had not. So, the member was alternatively prescribed Skyrizi as a follow-up medication, even though they still had not tried and failed the more affordable and previously prescribed therapy. With that box checked, the medication went through the electronic Prior Authorization (PA) process without review and was approved automatically, giving the member access to the medication all in around four-and-a-half minutes.

The purpose of an electronic PA is to get a prescription approved quickly. This swift turnaround makes it a member and provider satisfier, but it’s a systems-based apparatus.

With RxBenefits independent PA reviews, an actual person is overseeing the process. Our independent, in-house pharmacist team looks at the provider’s chart notes and any other medications or therapies the member is on before they approve or deny a product. The key difference with RxBenefits PA process is that there wouldn’t have been a four-and-a-half-minute approval done electronically. Instead, it would have been reviewed personally by a team of professionals.

Every member, plan, and prescription is different. Don’t let your self-funded clients risk putting their members’ health or plan spend in the “hands” of an automated system. Learn more about our Independent Prior Authorization Reviews. 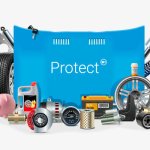 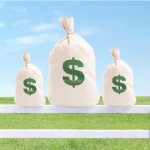 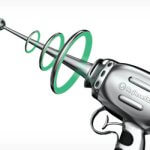