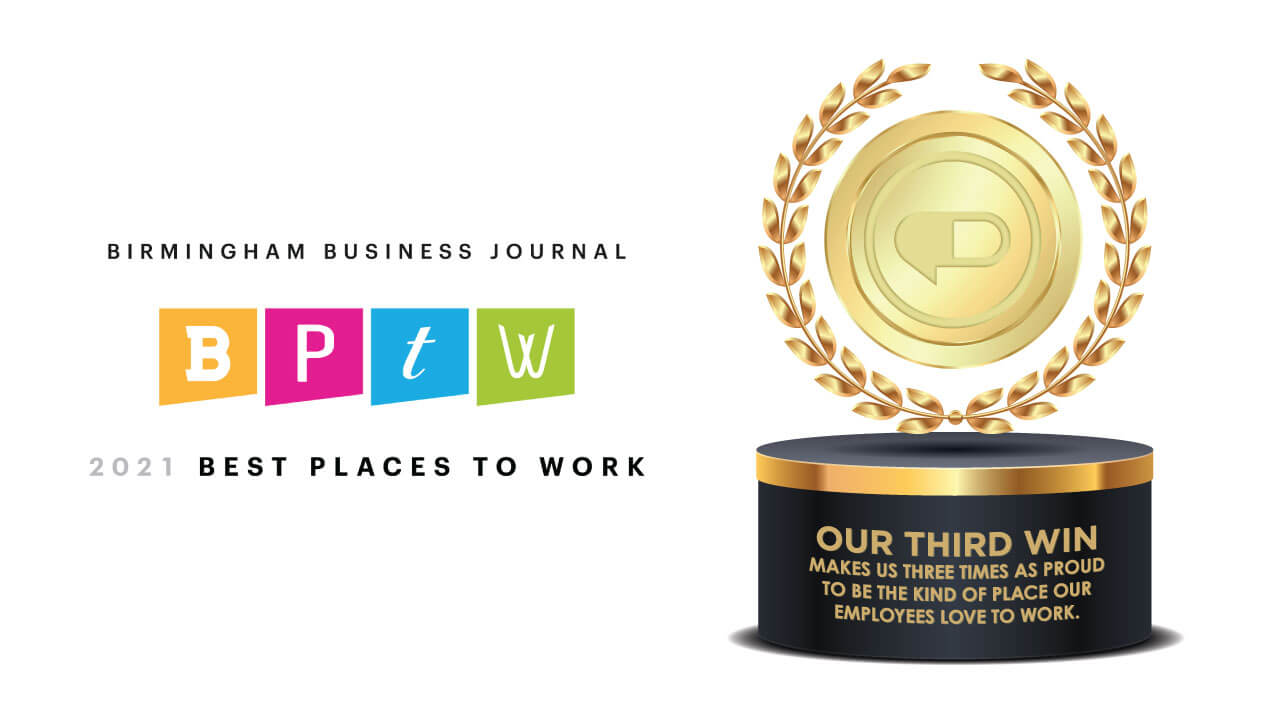 RxBenefits has been named among the best places to work in Birmingham — again! The company earned first place in the largest category of employers in the 2021 edition of the “Best Places to Work” contest sponsored by the Birmingham Business Journal. The winners were revealed on Thursday, August 19, during an event hosted by the publication.

Each year, the Birmingham Business Journal surveys employees at hundreds of companies in the Birmingham area to identify the Best Places to Work. Companies are divided into four categories, based on the number of employees they have: Small (10-24 employees), Mid-Size (25-99 employees), Large (100-249 employees), and Extra-Large (250 employees and up). Employee responses from an anonymous survey, along with the number of employees who respond to the survey, are calculated to determine the company’s overall score and ranking.

RxBenefits has been recognized as a Best Place to Work previously. In fact, RxBenefits placed in the top five every year that the company has participated in the Best Places to Work contest and has been at least a top-three winner four years in a row. This year, RxBenefits was competing in the Extra-Large division for the second time in the company’s history, having won first place in the Extra-Large Company category in 2020.

The Birmingham Business Journal created the Best Places to Work contest in 2005 to recognize employers in the Birmingham area who have gone above and beyond to create outstanding workplace environments. Over the years, thousands of companies have taken part in the contest. The list of winning companies reads like a “who’s who” of outstanding businesses in the area.

RxBenefits, along with the other companies honored at the event, will be recognized in The Best Places to Work section in the August 20 edition of the Birmingham Business Journal.