As anticipated, the pharmacy benefits landscape underwent a number of significant shifts during 2019. The impact of these events sets the stage for how the market will adjust and what changes we can expect in 2020. We’ve ranked the most noteworthy pharmacy benefits industry news of 2019 with a countdown of the top five moments, their impacts on the industry, and what that means for your self-funded employer clients moving forward.

A year ago, we faced uncertainty in the pharmacy benefits market as we anticipated the impact of mergers between some of the largest pharmacy benefit managers (PBMs) and insurance carriers, specifically those between CVS-Aetna and Cigna-Express Scripts. While PBM mergers are not uncommon, the potential effects were a subject of concern. Industry experts and employee benefit consultants alike questioned how the consolidation would impact customer service, pharmacy arrangements, and whether it would influence more healthcare entity mergers.

Fast forward to to a year later, and you can see how this new consolidation added further complexity to an already complex market. Among the notable changes impacting employers in both carved-in and carved-out pharmacy benefits arrangements with these companies include:

Looking ahead, we expect ongoing challenges for employers, the continuation of carved-out arrangements to remain the most practical option for plan flexibility, and more obstacles for those trying to leave the PBM/carrier.

In April 2019, the U.S. Department of Health and Human Services (HHS) issued their guidance for how manufacturer copay assistance can be applied to member out-of-pocket requirements in private health insurance plans. The proposal represented an attempt at making prescription drugs more affordable by encouraging the use of lower-cost generic drugs.

However, there was confusion in the market about language that conflicted with prior IRS guidance for high deductible health plans. Thus, the ruling was put on hold in August 2019 when HHS announced that penalties for non-compliant plans will not be assessed in 2020. We expect to gain more clarity in the year ahead as HHS evaluates how these programs are applied.

The Rx industry underwent significant shifts in 2019. These are the 5 most noteworthy moments impacting employee benefits.
Tweet Share

In response, the Trump Administration and the Food and Drug Administration (FDA) have developed plans that encourage pharmacy benefit affordability, but their views differ and have caused confusion in the market.

Key challenges in this debate center on the potentially devastating impact that importations could have on the Canadian drug supply, including how would it disrupt Canada’s distribution system, whether we can balance supply and demand, and if it would ultimately bring sustainable value to consumers. Looking ahead, we expect that addressing these concerns will be a major discussion in the 2020 presidential campaign.

Another federal proposal that gained momentum in 2019 was a plan to eliminate drug rebate Safe Harbor protections in an effort to make prescriptions drugs more affordable for government-sponsored benefit plans. The administration believed that removing drug rebate protections would force manufacturers to lower their prices in order to compete in the market. However, the reality became clear that the government would have to pay more for their programs because drug manufacturers would have to drop their prices dollar-for-dollar in order for the plan to be financially feasible – something that was not required under the ruling.

Moving forward, drug rebates will continue to generate significant savings for employers when aligned with their formulary. Typically, rebate dollars go back to the plan to decide what to do:

Topping the list is the overall challenge of finding a practical solution to make prescription drugs more affordable. This was evident in the pricing-focused proposals and rulings that came and went in 2019. We saw how changes in the mix of drugs being used affected overall pharmacy costs, driven by the increased use of specialty medications and their associated cost.

Numerous proposals and ideas that Federal agencies and legislators have considered imposing on drug pricing practices are still up for debate as we end the year. The key questions on the table include:

Any drug pricing programs implemented would directly impact government-funded benefit programs, and we expect that those could be leveraged to the general population, commercial pharmacy benefit market, and self-funded employer-sponsored plans.

Are Your Clients Set for the Future?

The challenge of prescription drug affordability remains a major concern for employers of all sizes. Your employer clients need a partner who will advocate for them and their members to help keep the pharmacy benefit affordable.

Hear our pharmacy benefit experts discuss these topics in our on-demand webinar.

Alicia is an innovative, multichannel marketing professional with over 17 years of experience using communication to build customer-centric cultures with a strategic flair and a focus on results. She is a creative partner specializing in content development and management, thought leadership, storytelling, copywriting, social media, strategic communications, and presentation development. 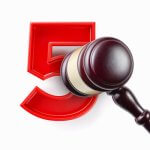 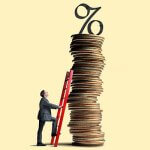