With the change in administration taking place this week, there is real potential for things to happen in Congress over the next couple of years. Now that Democratic Senators Jon Ossoff and Raphael Warnock picked up Congressional seats in Georgia earlier this month, there just might see bipartisan legislation, not Executive Orders, put in place to address prescription drug pricing. Former President Trump started the push on drug pricing transparency in 2018 and followed that up with Executive Orders in 2020, which don’t require a law to get passed. Now, it is expected that President Biden will pressure the Senate to act.

Understandably, the Biden Administration’s initial focus will be to address the COVID-19 pandemic, including speeding up the vaccine roll-out so that businesses can open and the economy can begin to recover. He issued multiple Executive Orders on this topic in the first 48 hours of his administration. When COVID is behind us, the Biden Administration is expected to turn toward healthcare as a pocketbook issue. While we expect a healthcare focus, instead of just pharmacy, there are several areas where we expect the Biden administration could play a role:

Federal Legislation on the Table: In 2019, House bill (HR3) was submitted to the Senate. It allowed Medicare to negotiate drug prices, among other things, and is still unlikely to move given the divided Senate and more conservative Democratic Senators such as Joe Manchin, whose daughter is Heather Bresch, the retired CEO of Mylan. There also is a bipartisan Senate bill (S 2543) left on the table, which was introduced by Senators Chuck Grassley (R-IA) and Ron Wyden (D-OR) in 2019. It was updated and renewed in July 2020, but it didn’t get much attention given other Senate priorities. It presents the greatest opportunity to pass as Biden pushes for bipartisan legislation. If Biden wants a bipartisan win, this would be a good place to start.

Drug Rebates Ruling: This ruling applies to Medicare Part D and requires that drug rebates pass through to members at the point-of-sale. The challenge is that while Trump’s Health and Human Services (HHS) Secretary, Alex Azar, pronounced it would be net-neutral on the budget, the reality is that any reasonable reading of the underlying economics makes that promise unpersuasive. Taking away drug rebates from Medicare Part D providers means they would have to raise premiums, get more money from the government, or both. The net increase in the budget deficit makes this a non-starter. This ruling is unlikely to continue, but if Biden wanted to move it forward, he could.

Understandably, the Biden Administration’s initial focus will be to address the COVID-19 pandemic. When COVID is behind us, there are several areas where we expect the Biden administration could play a role in lowering Rx costs.

Most Favored Nations Pricing Ruling: The Most Favored Nations pricing test plan ties the reimbursement rates of 50 Medicare Part B drugs to the prices of those drugs in other countries. This program was supposed to start on January 1, but it is on hold pending multiple lawsuits from pharmaceutical companies alleging that the Executive Order did not go through the proper procedure to allow public comment before being finalized. Aside from these challenges, there are still two major problems: First, the ruling only changes what Medicare reimburses, not the prices charged by manufacturers – a move that is supposed to make hospitals go back and renegotiate lower prices with manufacturers, which is challenging for them to do, especially when they are not the direct beneficiaries of that effort.

Second, there is a huge loophole that if hospitals want to opt out of the program, they can. With everything else happening in hospitals right now, there is no incentive to even try. Even though this approach is a Democratic idea than the typical Republican view that the market should dictate pricing, it is unlikely to go anywhere on a practical basis even if Biden wants to keep it.

Safe Drug Importation Ruling: The Safe Drug Importation Rule was finalized after being initiated largely by Florida Governor Ron DeSantis, in concert with Azar and Trump. Florida did get permission to do a trial importation program, but not one company responded to their RFP. Maine also has shown interest in drug reimportation with some recent legislation passed there, but interestingly, their legislators found that bringing drugs in from Canada is not a net savings when brand rebates and the lower prices of generics in the U.S. were factored into the picture. Even if it were financially viable to cherry pick certain drugs to import, the Health Minister of Canada already announced that any drugs on a shortage list cannot be bulk exported. While you can travel and bring some drugs back, it isn’t a sustainable large-scale solution because there just aren’t enough drugs.

Pressure on Drug Manufacturers: An interesting note is Biden’s choice for HHS Secretary is Xavier Becerra, who was one of several Attorneys General who wrote asking the government to invoke the Bayh-Dole Act of 1980 to increase the supply of Remdesivir®. The attempt went nowhere, but it’s a law that is still on the books and available for the Biden Administration to use. The Bayh-Dole Act states that if a company doesn’t license its patent on reasonable commercial terms, the government can force the licensing of the patent or take the patent, provided that research for the patent used public funding. Given many new drugs use public funds in some form of their genesis, this is an avenue the Biden Administration could leverage to wield a big stick and potentially push pharma to come to the table – or they can invoke the law and fight the inevitable lawsuit in court.

Check out our webinar, What’s Hot, What’s Not in 2021, to learn more about trends impacting your self-funded clients’ pharmacy benefits programs this year. 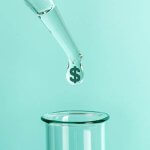 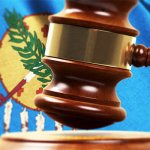 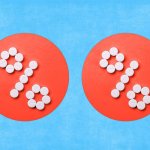