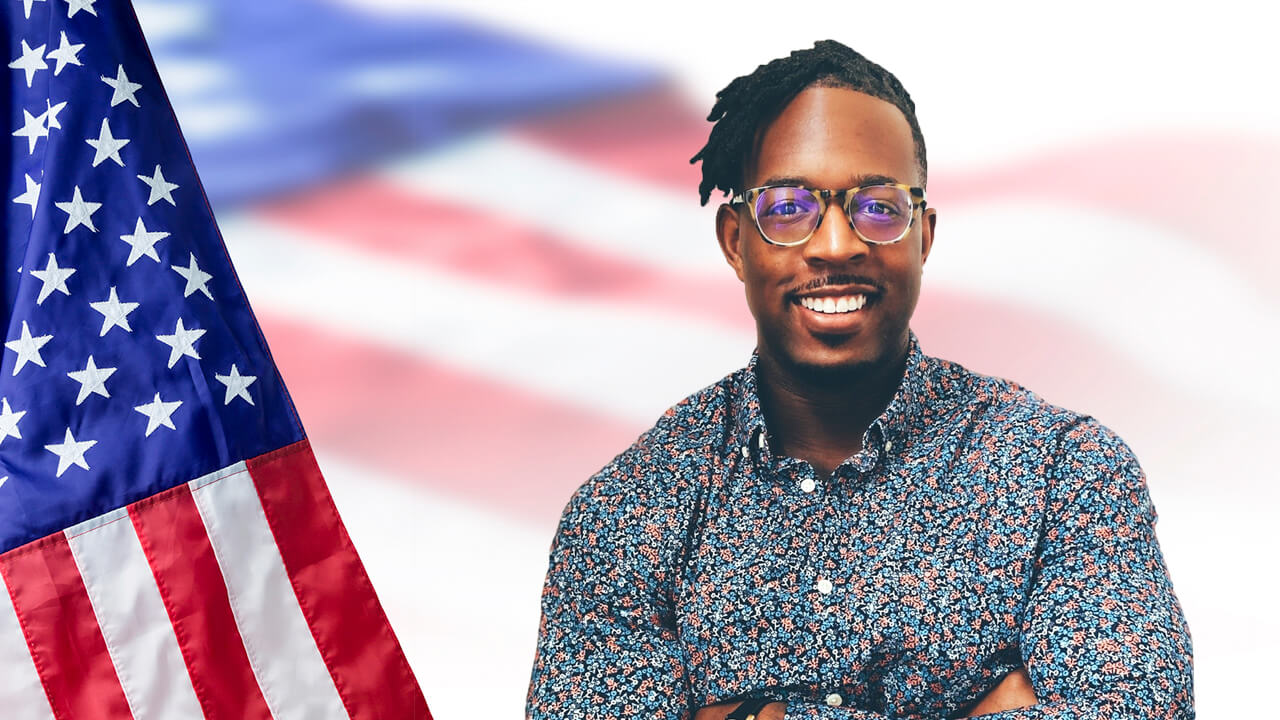 As a third-generation military, joining the U.S. Army was in Louis Arnold’s genes. He also desired to be a part of something greater than himself.

Louis served as a sergeant in the Army during Operation Enduring Freedom, the official name used by the U.S. government for the Global War on Terrorism. It began in the fall of 2001 in response to the terrorist attacks of September 11, and officially ended in December 2014 with the end of U.S. combat missions in Afghanistan.

“The biggest lesson I learned is that nothing gets done without some sort of teamwork,” Louis said. “It takes a strong team to drive success, and I cannot complete any monumental task alone. I learned how to be the team member to give support and the team member to ask for it.”

His philosophy on teamwork, forged during his time in the Army, now aids in his professional success. “The military taught me to not rely on motivation alone to complete the mission,” said Louis. “Motivation is temporary. We have to lean more on our discipline when the mission needs to be completed – especially when we may not feel like completing it.”

After his service in the Army, Louis initially wanted to go into law enforcement. He enrolled at the University of Alabama to obtain a degree in criminology. Along the way, he developed a fascination with technology and took a Digital Forensics course that inspired him to change directions. The course was led by Dr. Diana Dolliver, a cyber criminologist and the Academic Director for the region’s Joint Electronic Crimes Task Force, a state-of-the-art digital forensics laboratory.

“I admired her work and the fact that I could incorporate criminology into the technology space,” Louis said. “That’s why I am working as a cybersecurity professional at RxBenefits.”

Louis earned a Bachelor’s Degree in Criminology from The University of Alabama and is pursuing a Master’s Degree in Information Technology with an emphasis in Cybersecurity at the Florida Institute of Technology. He joined RxBenefits in 2018 as a Help Desk Analyst and was promoted to Security Administrator in 2019.

A Positive Force in the Community

As an Army veteran, Louis has continued to give back through his work with multiple organizations in the local community. He began by serving as the Technology Chair in the Rotaract Club of Birmingham, a civic group made up of young professionals committed to personal, professional and community development. He also serves as an Ambassador for Black in Cyber, Inc. which provides African Americans a platform to explore the industry of cybersecurity.

In celebration of his numerous accomplishments and contributions to the community, Louis is being recognized by the Birmingham Business Journal (BBJ) as a 2020 Veteran of Influence. You can read a full interview from Louis and check out stories from other local veterans in the November 20 edition of the BBJ.